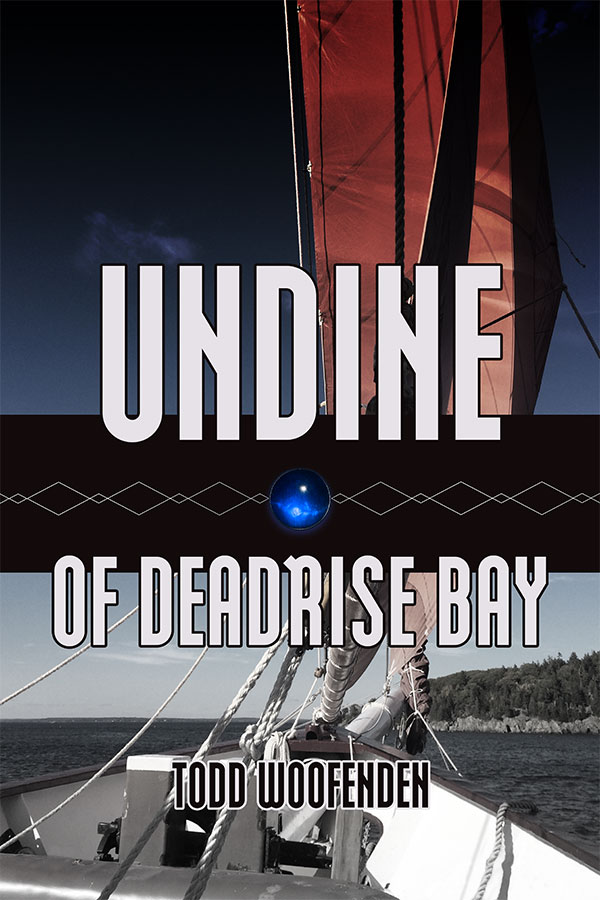 Undine of Deadrise Bay is a story set in two timeframes: In the present, a retired federal agent runs from killers and finds temporary peace in a remote cabin. But something is calling out to him. He can't escape his own past, or the young granddaughter he abandoned when he fled. The connection between them is more than familial. The girl sees things other people don't: a woman fighter in as much danger as she is, and a grandfather she barely knows, reaching out to her.

In the distant future, the fighter passes her trials to become a warrior. Most know her as the daughter of a trade magnate, who is next in line to run his empire, but when someone more powerful arrives, the woman's past leaves her facing a new threat. Her strongest ally is a voice in her head—an old man from a distant place who frets about his granddaughter.

Show us your form and carve in the mark.
Show us your strength and ink ’round the core.
Show your endurance through day into dark
And unfurl the spiral another turn more.

Then hang up your blades. Retreat from the fire.
Save us the burden of death’s dirge to sing.
Too hot are the flames and too high the pyre,
For to gain the fourth level, the river’s the ring.