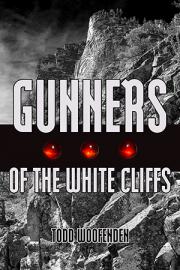 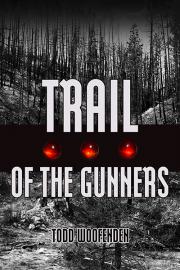 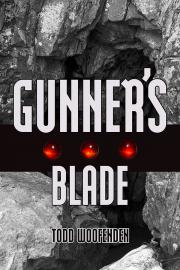 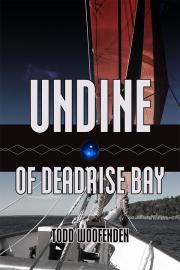 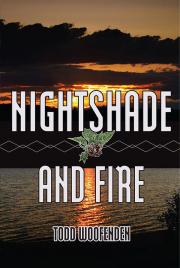 "Gunners of the White Cliffs has all the elements of a perfect summer read ...Unlike your average thriller, the characters are well developed, and unusual, giving the story an added layer of intrigue. Two parallel storylines are equally engaging, believable, and well thought out."

1. Gunners of the White Cliffs

A tracker hunts a new type of assassin in the present, and a knife fighter in the future tries to protect the villages around him from hostile incursions. The tracker finds that the assassin's attention has turned to a peculiar young woman who can decipher complex patterns. And the knife fighter, hiding in solitude in a mountain pass, is jolted into action when enemy kill squads chase a pair of strangers to his doorstep. The dual time frame adds a touch of fantasy/sci-fi, and sets a tense theme of connections among the characters and across time.

2. Trail of the Gunners

The hunter has chosen fighters to run at his heel. After putting down a bold raid by the southern guard, he has entered into an alliance with the elusive northern clans to strengthen the borders. But the raids continue. The northlands stand on the brink. Torin and his new gunners have arrived at the Seven Crossroads. It’s time to take on the southern tyrant.

The tracker has spoiled a tech firm’s plans to sabotage its rival company, and has thwarted an assassin’s efforts to get to the stepdaughter of the head technician. The girl is tucked away at a survivalist compound in rural Maine. But the killer is still out there, and has shown an inexplicable ability to find his target. She might seem safe, but the assassin is coming.

Fighters are making their way to the White Cliffs. They gather to witness the young hunter claiming his right to lead the northlands, and to make plans for war. His generals have a strategy in mind, but the hunter, newly reunited with his gunner, is reluctant to put her back into harm’s way. And this plan will place both of his gunners directly into the path of the enemy.

The assassin’s unexpected attacks are getting closer. Unless the tracker can break the pattern, the next victim will be the girl, if not the tracker himself. But the pattern of recent events sparks an idea for a solution. To make it work, the tracker will have to abandon what he knows and approach his target from a new and very different angle.

The hunter and the tracker careen toward deadly encounters in the final book of The Gunners Trilogy.

A story set in two timeframes: In the present, a retired federal agent runs from killers and finds temporary peace in a remote cabin. But something is calling out to him. He can't escape his own past, or the young granddaughter he abandoned when he fled. The connection between them is more than familial. The girl sees things other people don't: a woman fighter in as much danger as she is, and a grandfather she barely knows, reaching out to her.

In the distant future, the fighter passes her trials to become a warrior. Most know her as the daughter of a trade magnate, who is next in line to run his empire, but when someone more powerful arrives, the woman's past leaves her facing a new threat. Her strongest ally is a voice in her head—an old man from a distant place who frets about his granddaughter.

A sequel to Undine of Deadrise Bay, Nighshade picks up Camilla’s story six years later, while far in the future we find Undine with a son.

As Camilla runs from a kill team, she discovers that she’s not the only one on the run. Tagan, the heir to Deadrise Bay, has eluded a team of assassins once, although he’s not out of danger. As fear turns to desperation, he senses a new voice, ordering him to set aside panic and execute his plan.

But this is just the opening move. The kill teams, present and future, are better equipped and much more powerful than their targets. To escape their pursuers seems more than either Camilla or Tagan can manage. Separated by time, over their heads, and relentlessly hunted, they look to each other for one more trick, one more cheat, to get them to the next day.