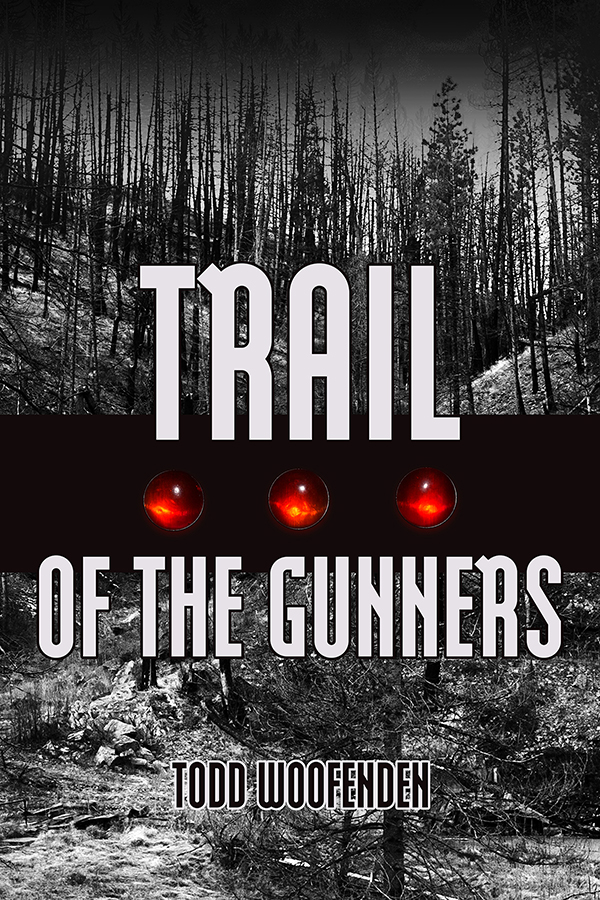 Trail of the Gunners | The Gunners Trilogy: Book II

Trail of the Gunners, the second volume of Todd Woofenden's The Gunners Trilogy, continues the action:

The hunter has chosen fighters to run at his heel. After putting down a bold raid by the southern guard, he has entered into an alliance with the elusive northern clans to strengthen the borders. But the raids continue. The northlands stand on the brink. Torin and his new gunners have arrived at the Seven Crossroads. It’s time to take on the southern tyrant.

The tracker has spoiled a tech firm’s plans to sabotage its rival company, and has thwarted an assassin’s efforts to get to the stepdaughter of the head technician. The girl is tucked away at a survivalist compound in rural Maine. But the killer is still out there, and has shown an inexplicable ability to find his target. She might seem safe, but the assassin is coming.