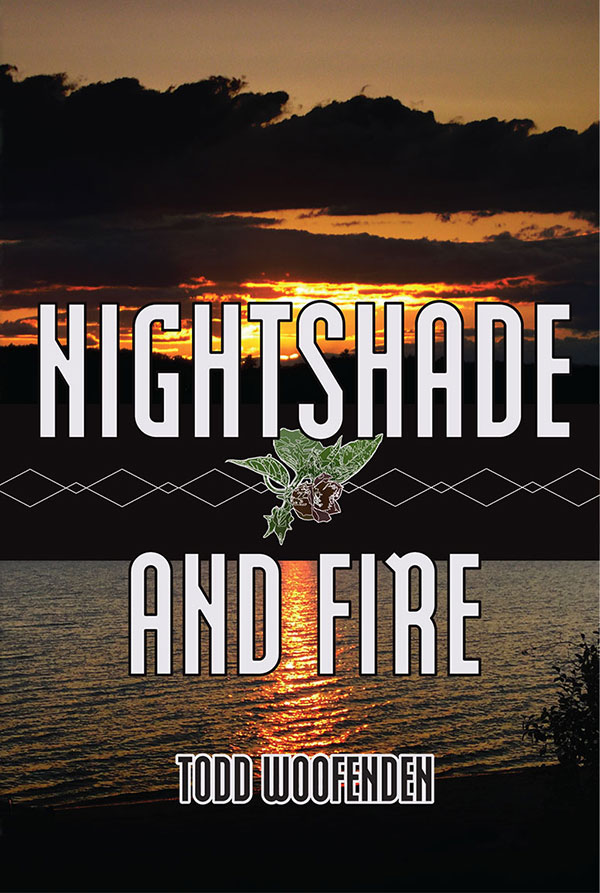 Nightshade and Fire, a sequel to Undine of Deadrise Bay, picks up Camilla’s story six years later, while far in the future we find Undine with a son.

As Camilla runs from a kill team, she discovers that she’s not the only one on the run. Tagan, the heir to Deadrise Bay, has eluded a team of assassins once, although he’s not out of danger. As fear turns to desperation, he senses a new voice, ordering him to set aside panic and execute his plan.

But this is just the opening move. The kill teams, present and future, are better equipped and much more powerful than their targets. To escape their pursuers seems more than either Camilla or Tagan can manage. Separated by time, over their heads, and relentlessly hunted, they look to each other for one more trick, one more cheat, to get them to the next day.

Draw nightshade blades on the fire floor.
No oil, no wick, no tinderbox or match.
Follow the sun in darkness
To see nightshade’s fire.